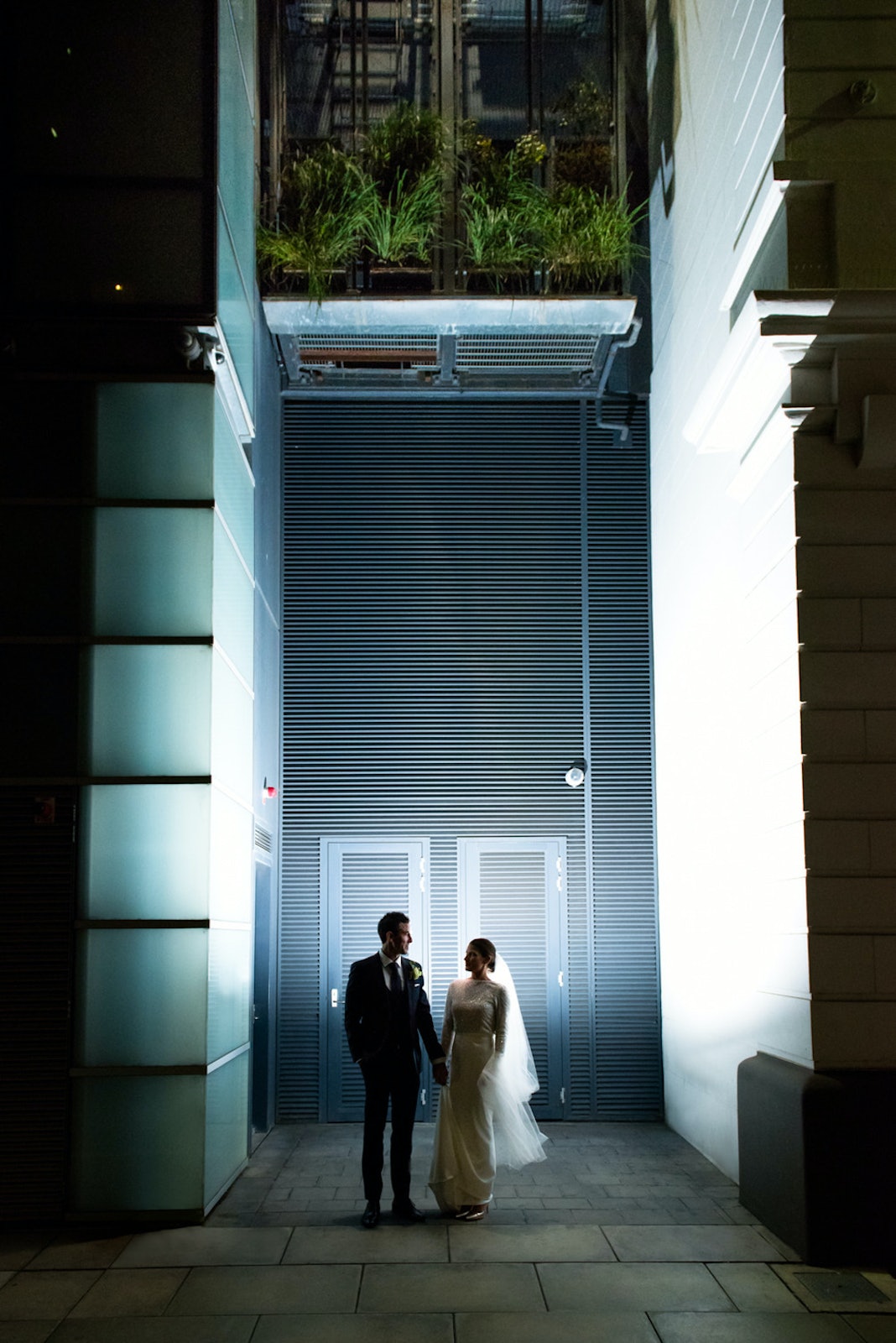 Shooting this wedding was extra special for me personally - watching my sister marry a good friend of mine since school.

The ceremony was held late in the afternoon in the Rostrevor College Chapel in Woodforde - one of the more intimate of churches I've seen weddings in. The bride, groom and guests were lucky to mingle outside afterwards in the most beautiful winter sun. It made for some wonderful shots.

A cocktail reception followed shortly afterwards at The Gallery on Waymouth St. The winter day and early darkness to the evening provided a chance to create some photos with an urban flavour - using off camera flash, the city lights and the architecture and artwork of the city brought something really moody and unique to the final photos.

The stunning bride wore a handmade dress by the talented Therese O'Leary (mother of the groom) and Tim was suited up in a dark navy three-piece suit by Calibre. Melita's hair was by mum, Liz (from Linden Park Hairdressers) with makeup by Leah Metaxas.

Family friend Bob Elliott provided the transport in his Pontiac, purchased brand new by his family in 1935 and lovingly maintained to this day. Styling for the reception venue was done by Kelly from Found Collective with a huge platter of cannoli (Tim's favourite) for dessert in lieu of a cake.

The party continued well into the night with plenty of singing and dancing and topped off with a delivery of Macca's Cheeseburgers at midnight - a welcomed touch!

A fun-filled afternoon and evening for a pretty awesome couple of people - made extra special as it was also a welcome home to Australia having recently moved back from the US.

Congratulations to my little sister and my new brother-in-law.